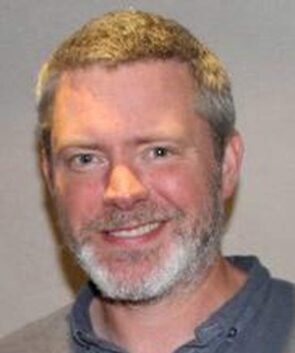 Pat played an Ant in “The Insect Play” by The Capek Bros with Youth Theatre Cork and began performing and Directing in several productions with YTC. Having outgrown Youth Theatre, he progressed to performing and Directing with UCC Dramat at the old Granary Theatre. His production of “Entertaining Mr Sloane” by Joe Orton was awarded Best Director at the Irish Student Drama Festival at Trinity College Dublin 1990. This joyous occasion was short lived as it became University knowledge that he wasn’t a student and the Dramat home was no longer available to him! This prompted the creation of Corcadorca in 1991 to allow him continue to make theatre.

In these early years, Pat directed texts such as “Leonce and Lena” by Georg Buchner, “That Scoundrel Scapin” by Moliere and “Greek” by Steven Berkoff; reimagining existing venues into different seating configurations, playing with the audience and actor experience. He also began working with writer Enda Walsh on a number of projects/plays producing “The Ginger Ale Boy” in early 1994.

In late 1994, The Arts Council awarded Pat “The President Mary Robinson Goodman Theatre Chicago Fellowship” where he worked as Assistant Director on three productions at the Theatre, most memorably “The Merchant Of Venice” directed by Peter Sellars featuring Philip Seymour Hoffman.

Pat, on returning from the US, began directing off-site productions: “A Clockwork Orange”  by Anthony Burgess in Sir Henrys’ NightClub and “A Christmas Carol” adapted by Enda Walsh at the Old Women’s Prison Cork. In 1996, he worked as dramaturg and directed “Disco Pigs” by Enda Walsh with Cillian Murphy and Eileen Walsh, which won numerous awards and toured worldwide 1997 – 1999.

Pat created a large public once-off theatre spectacle (4000 people) “The Trial of Jesus” with Conal Creedon on the streets and hills of Cork in 2000. This led to the next 20 years primarily producing the creation of large-scale and more intimate site-specific works in the City and County. In parks/islands/factories/streets/disused buildings/naval base with professional and community casts.

Pat has worked as Dramaturg with the following writers on new plays: