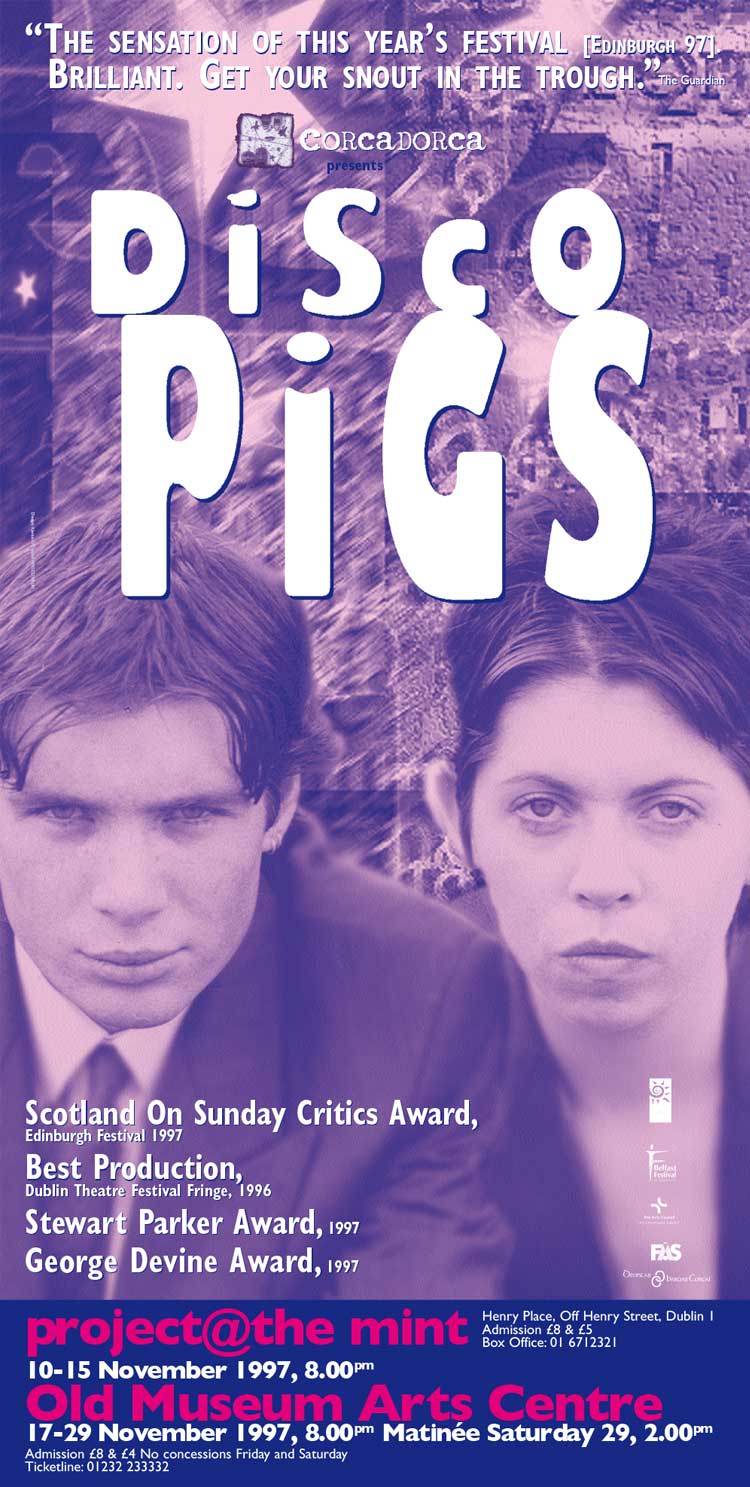 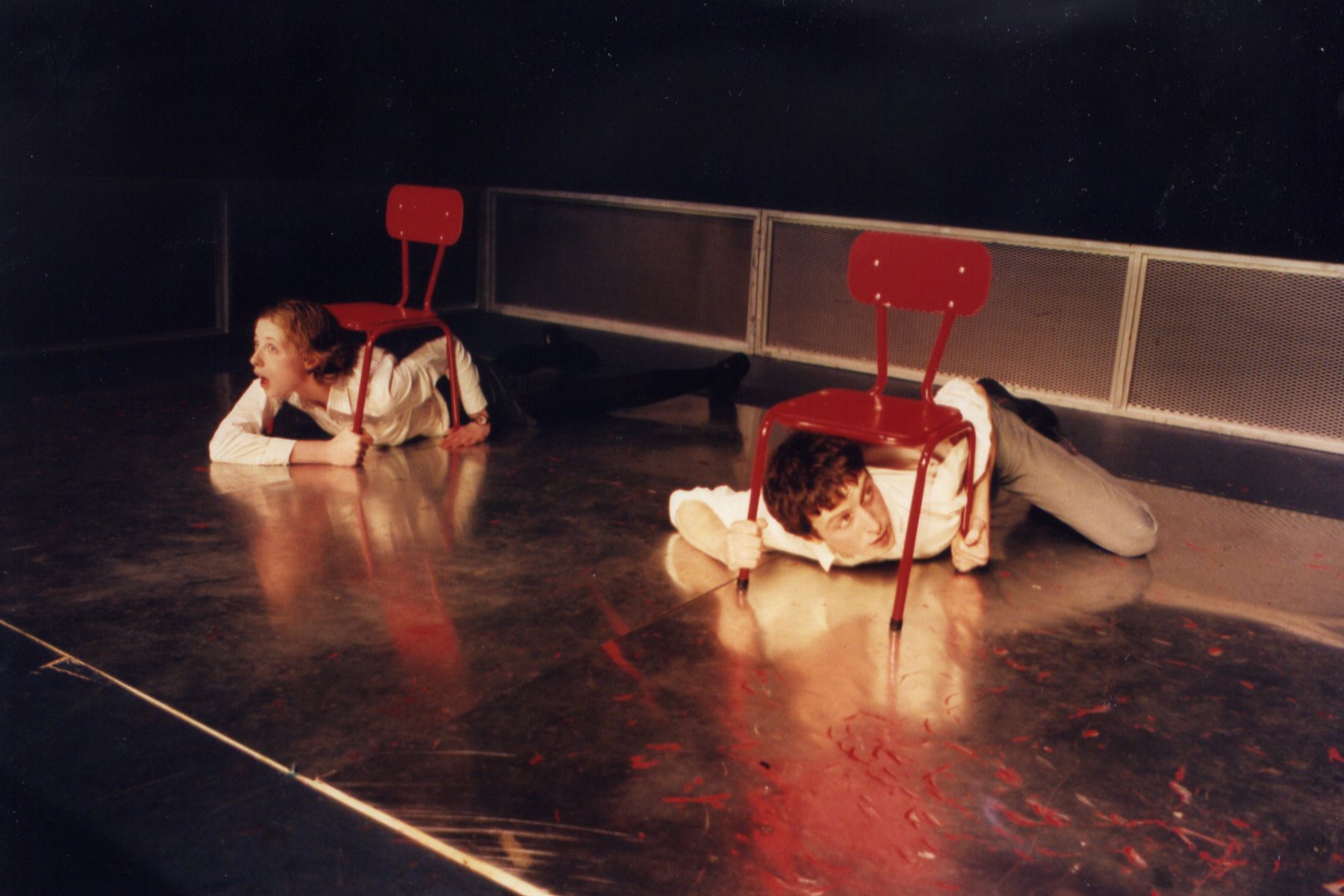 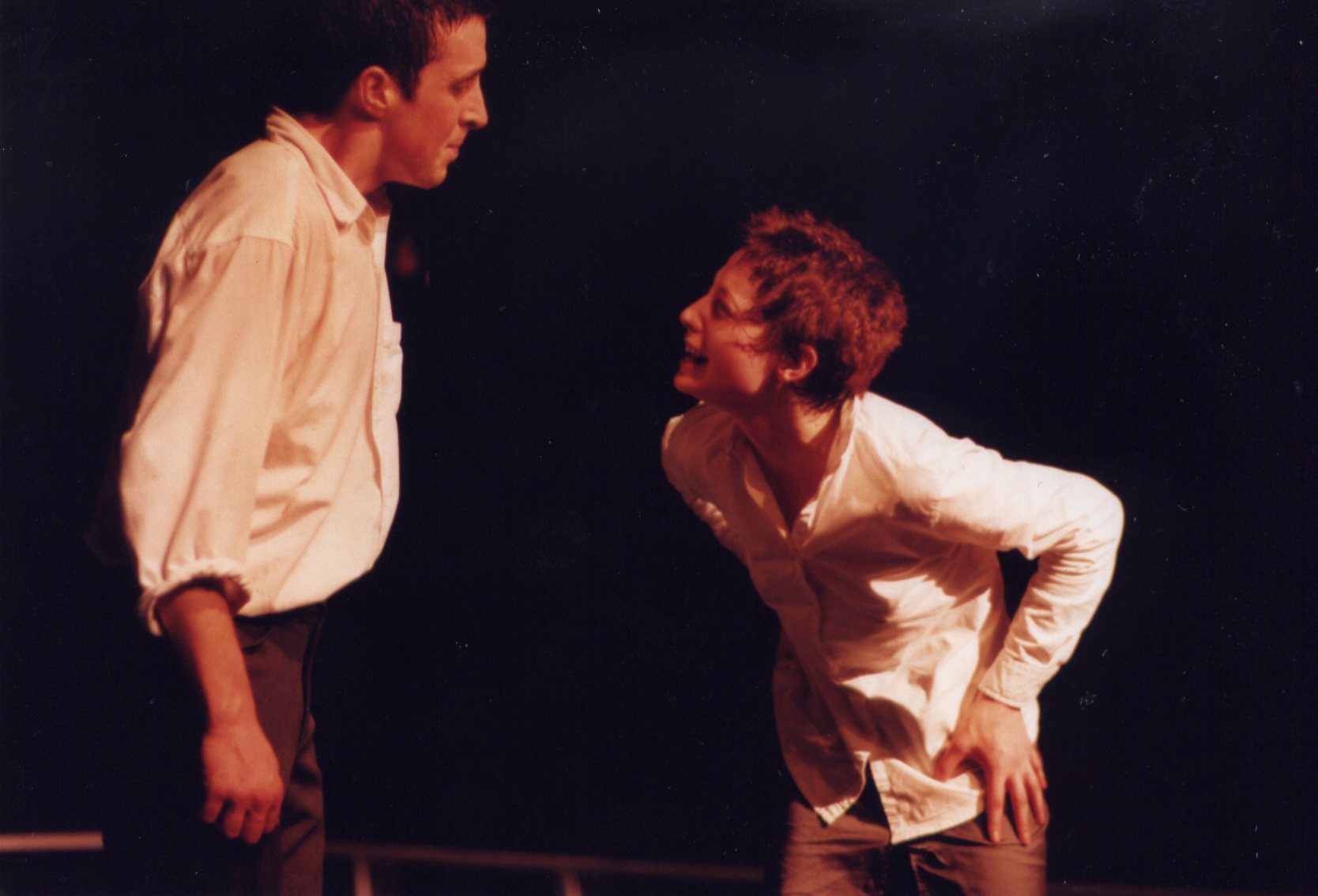 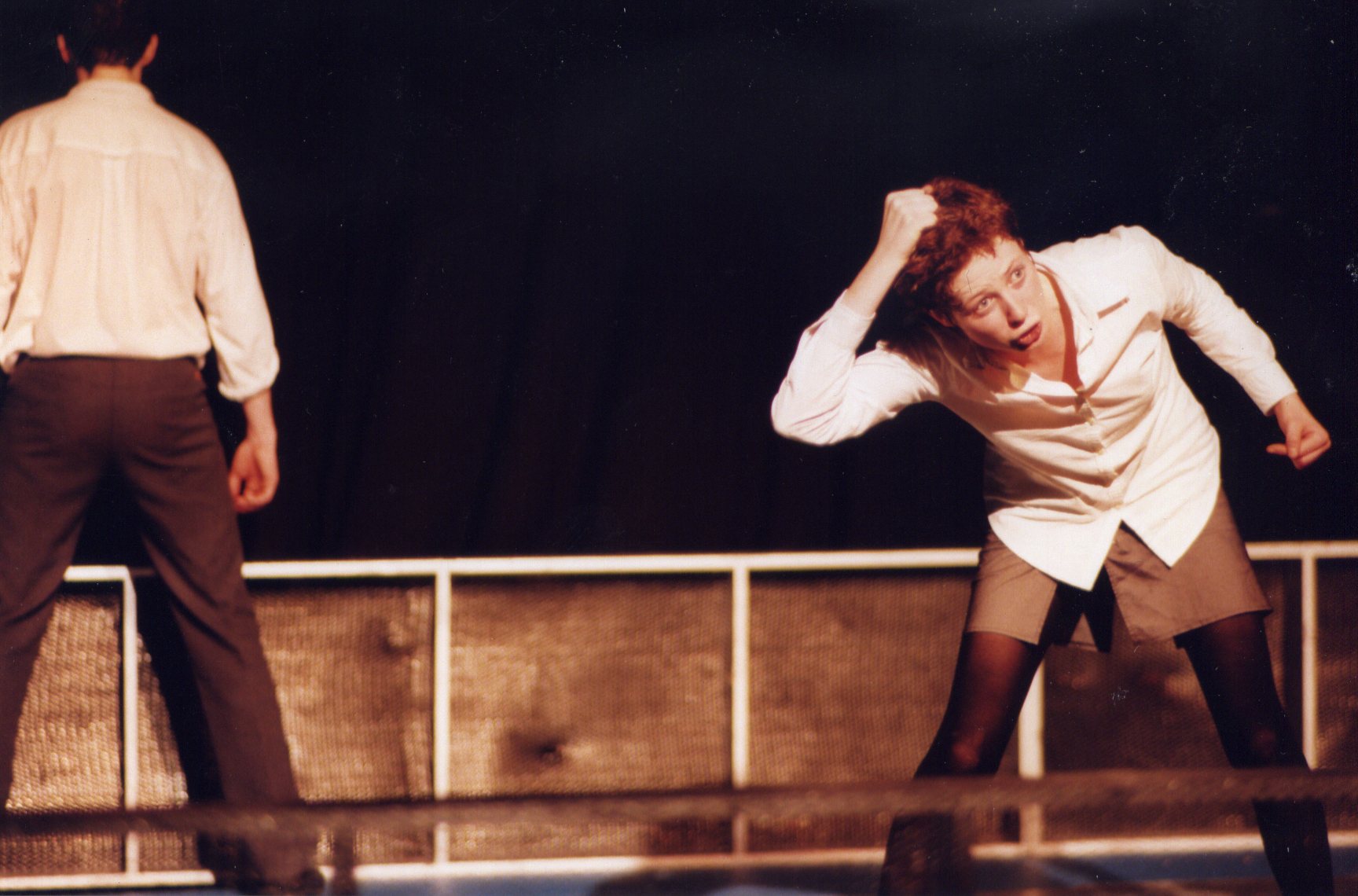 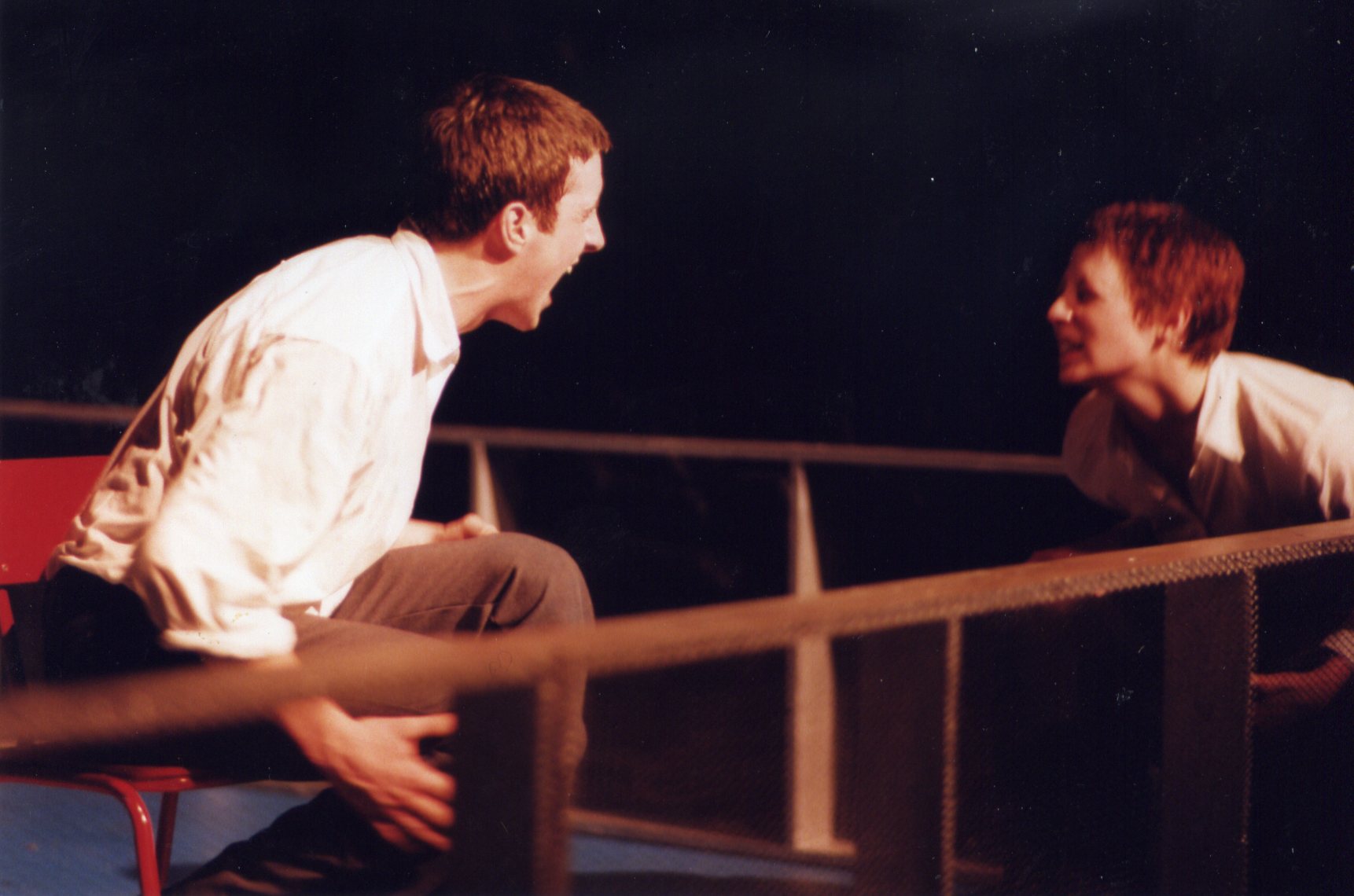 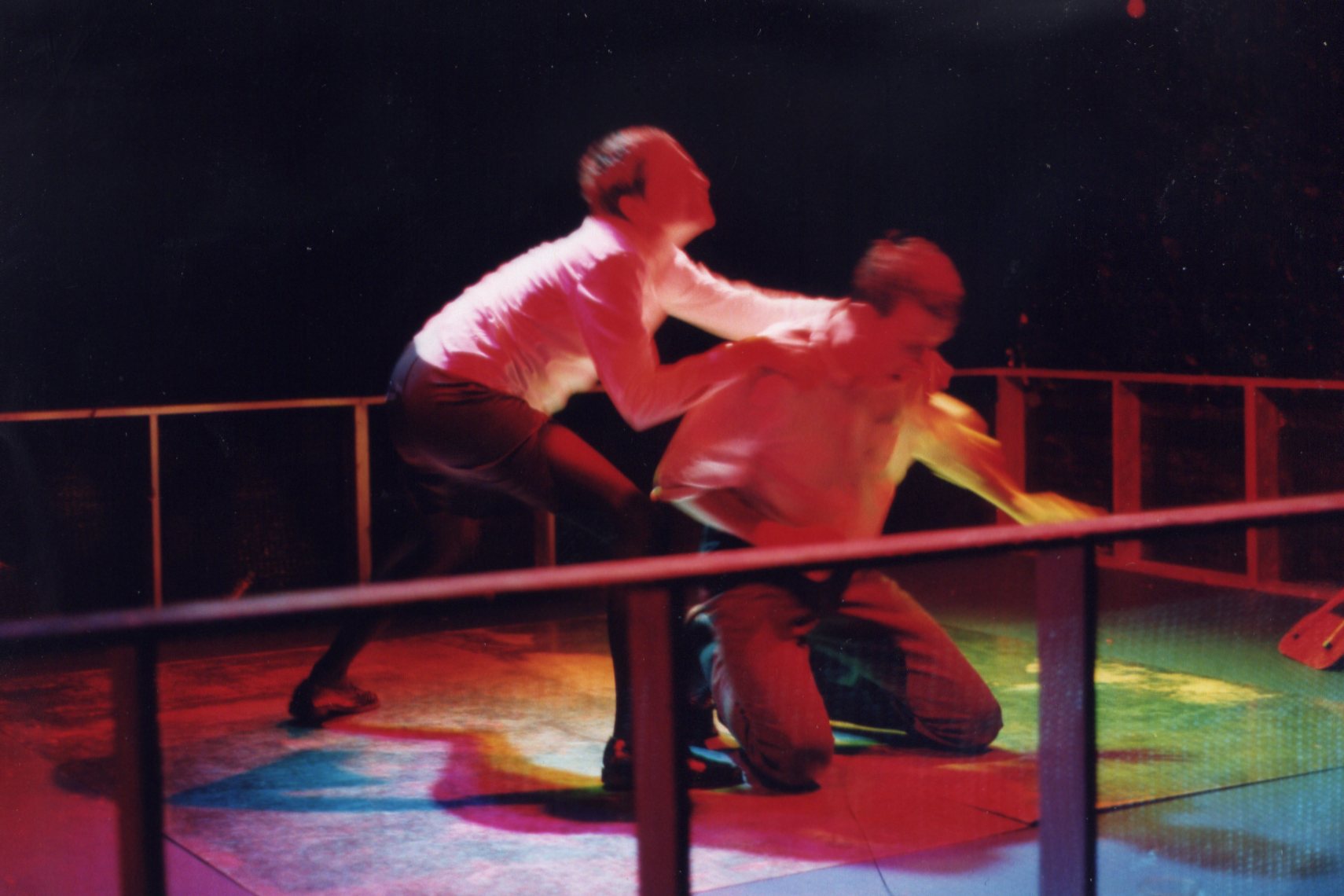 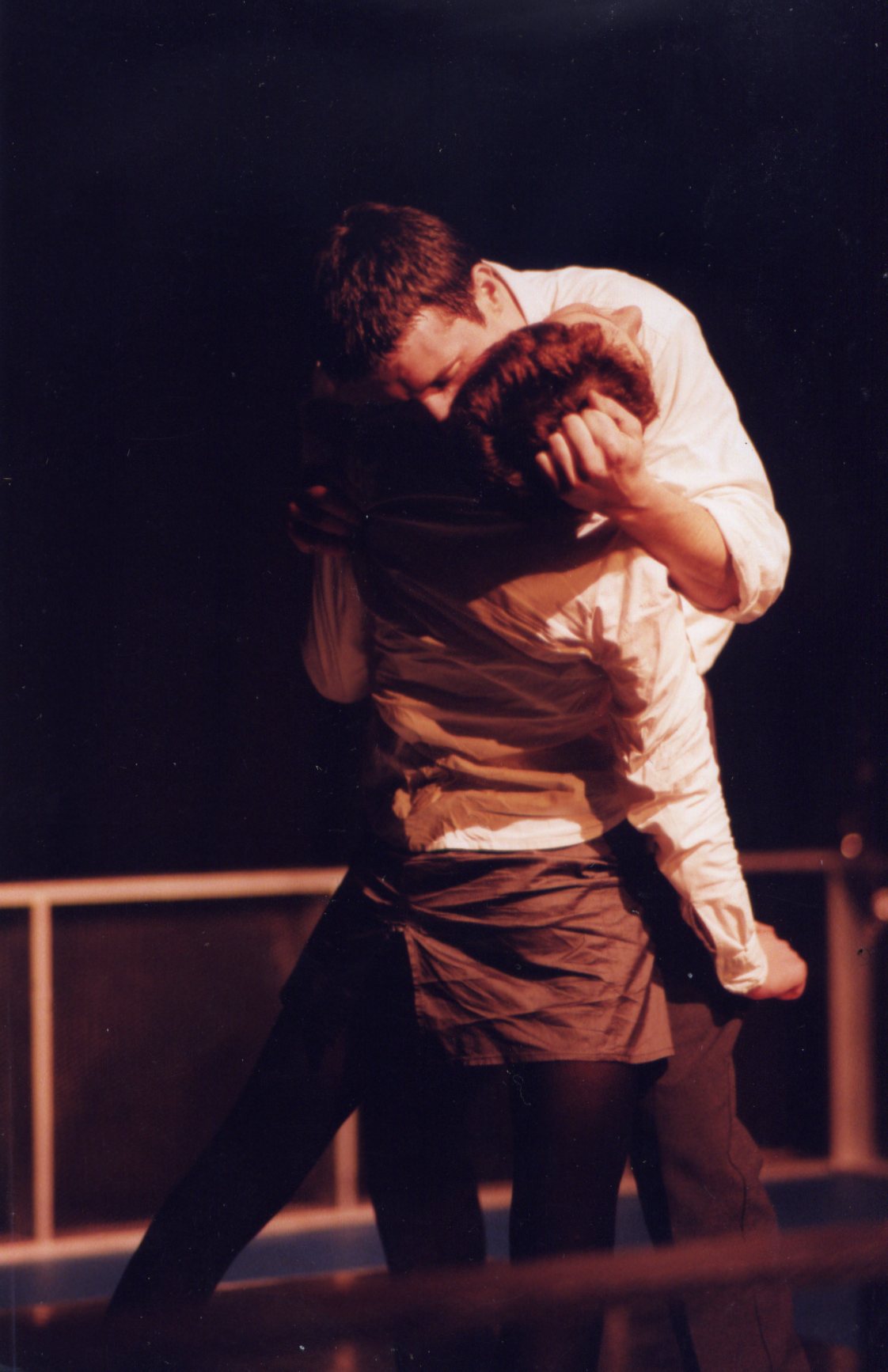 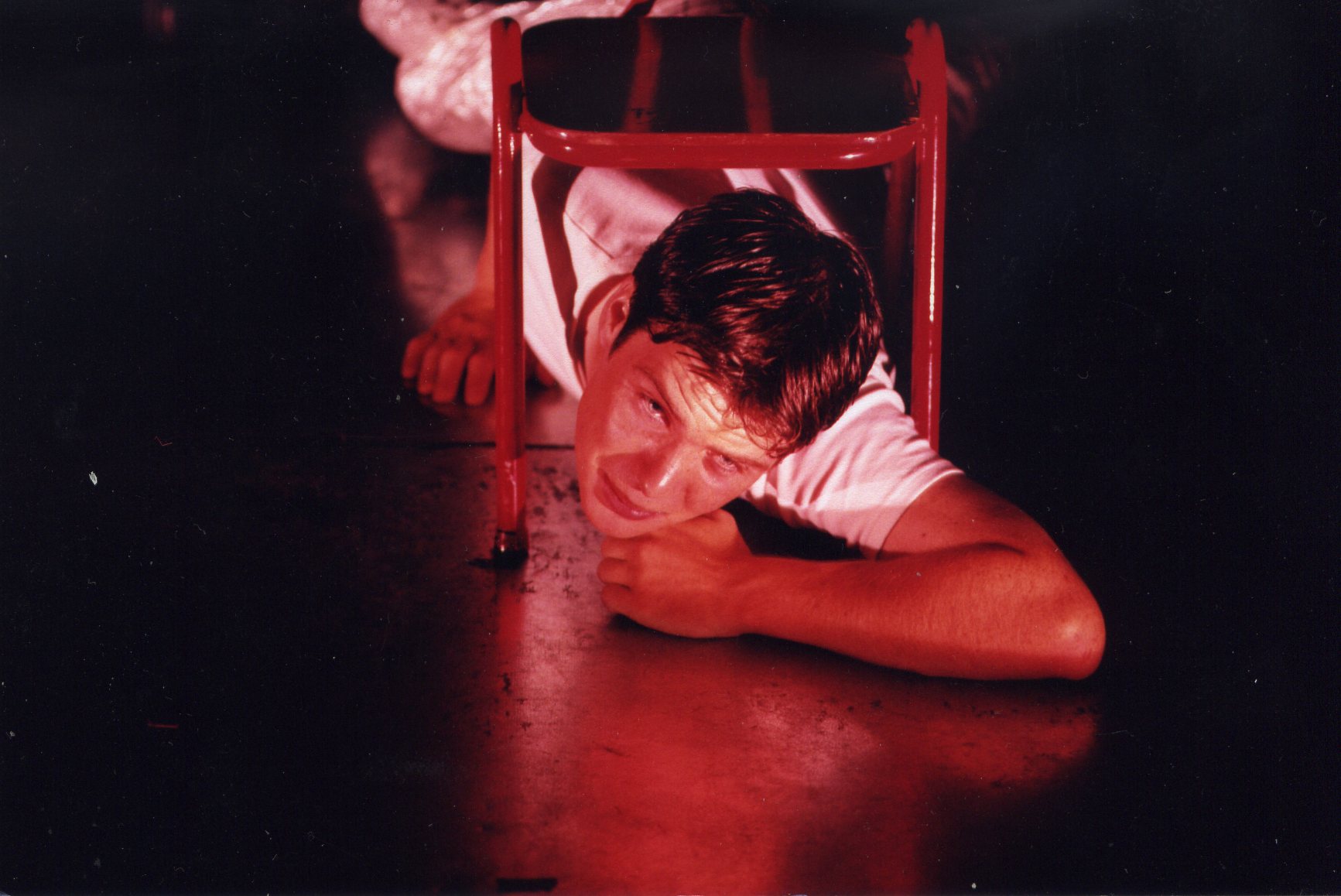 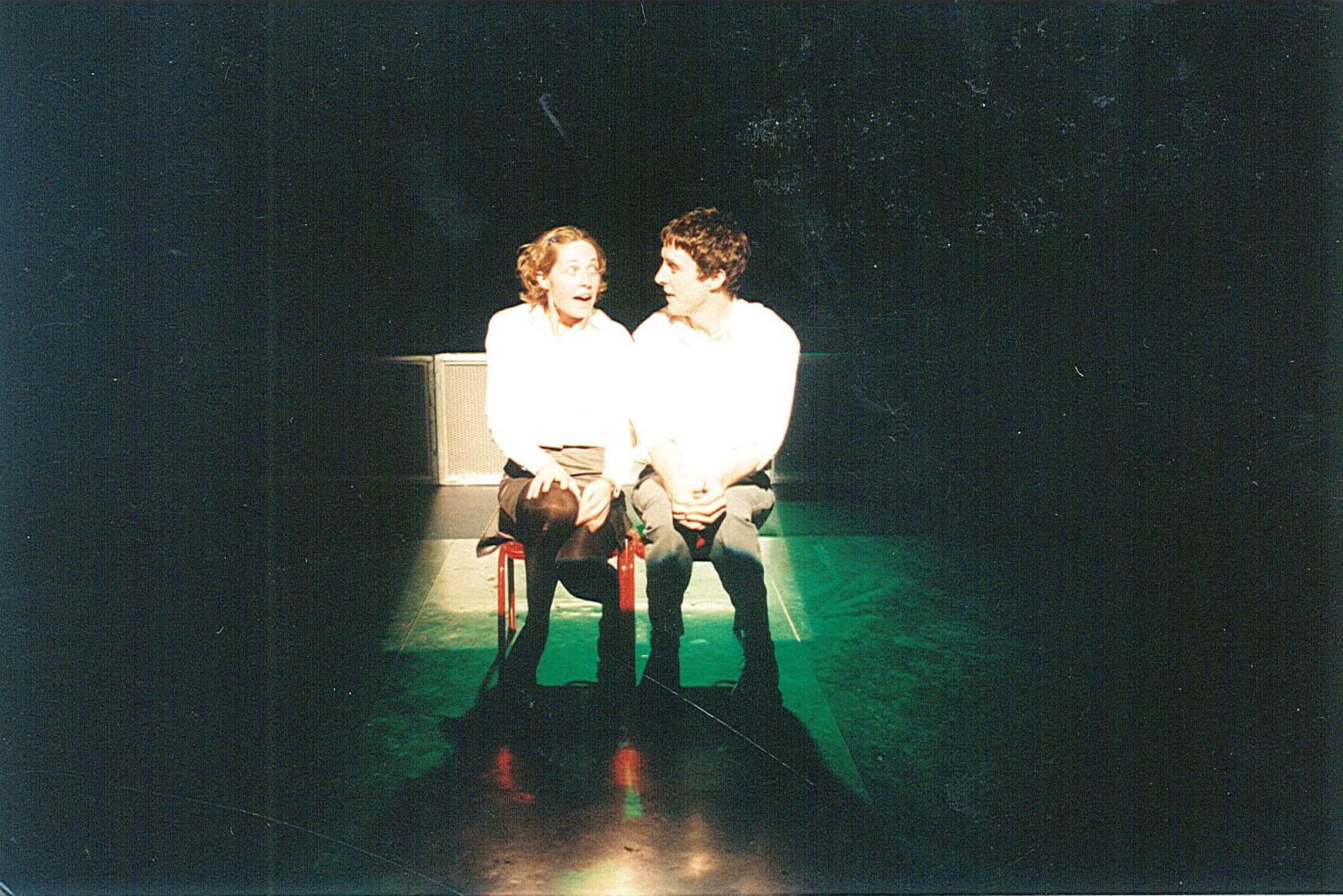 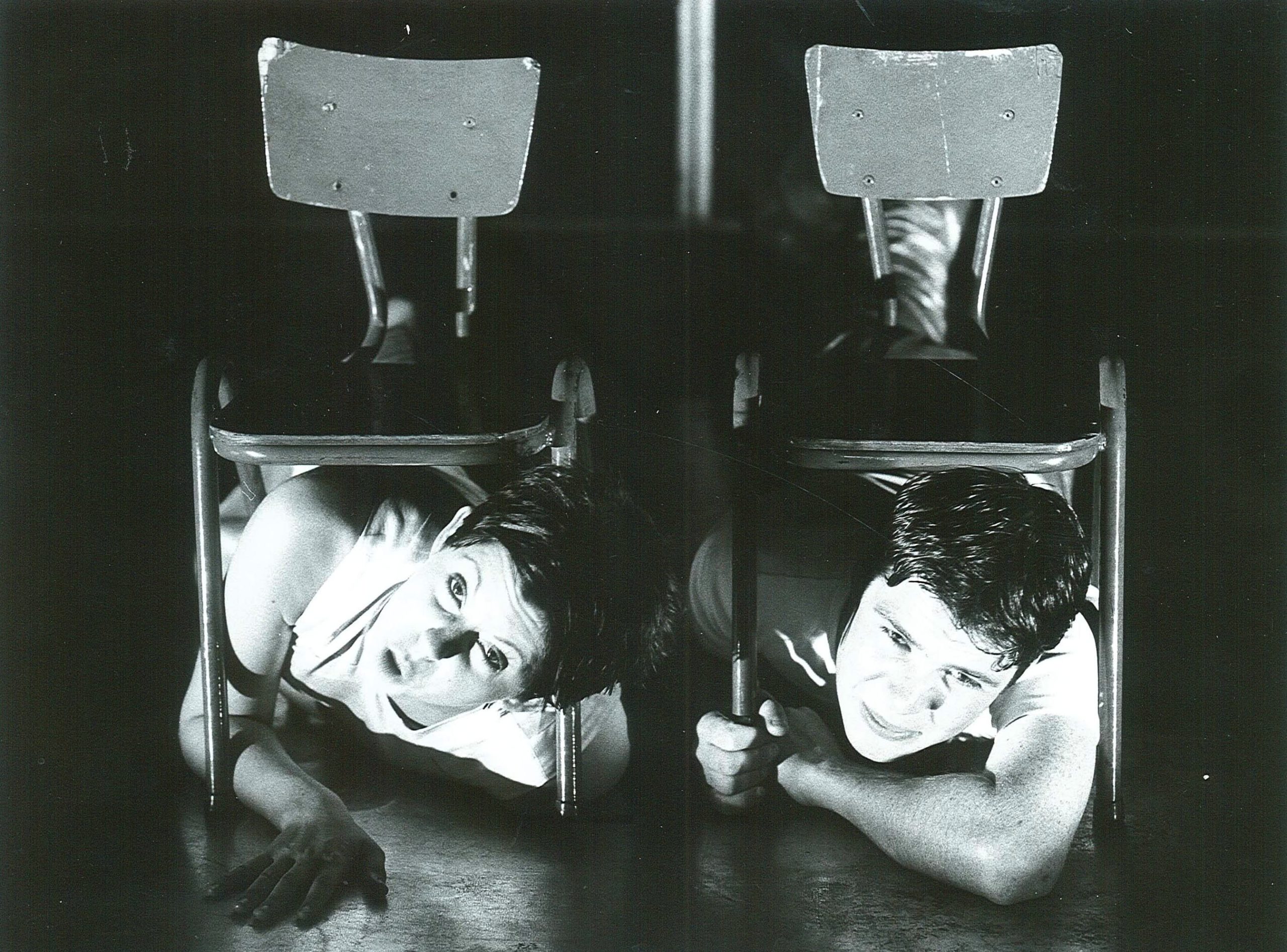 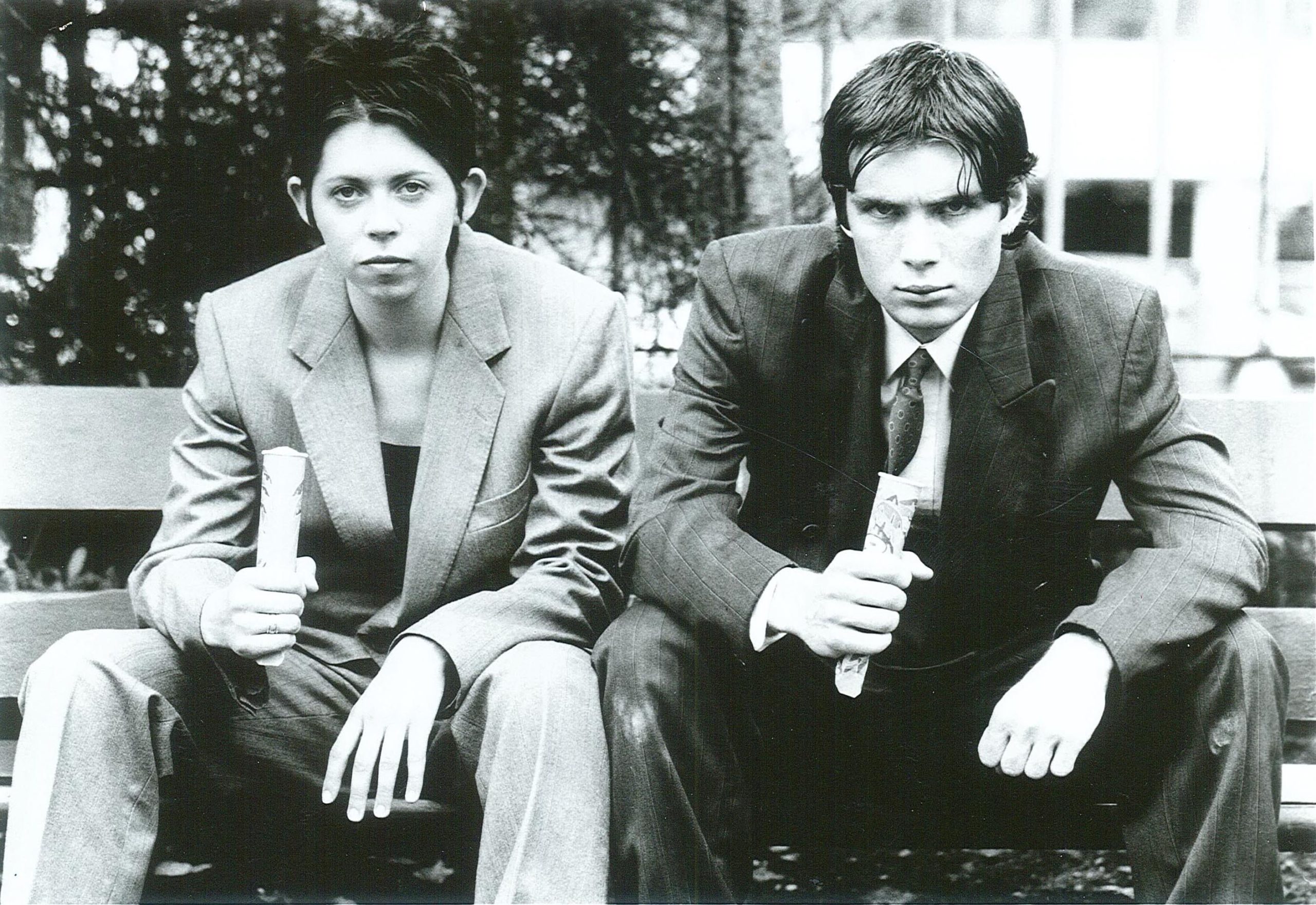 Disco Pigs was Enda Walsh’s second original script for Corcadorca, the first being the highly acclaimed and much talked about The Ginger Ale Boy. The production reunited the production partnership of Pat Kiernan (director) and Cormac O’ Connor (composer, soundscape designer) who shaped Corcadorca’s A Clockwork Orange into a truly original piece of promenade theatre.

Two friends set out on a celebratory birthday night through the nightclubs of Cork City. That night the whole of the city is lost in dance and pounding rave rhythms. Sexual desire is forsaken for the batter burger and the taxi home. But Pig and Runt want more. They are two inseparable violent creatures. From birth they have developed their own language and ‘Pork City’ through their eyes is a wet, grey wasteland with only one diamond shining out of the shite, The Palace Disco.

The night is going to be different from others. The inseparable are about to separate and which one will survive depends on which one can break free.

An energetic sprint through two days in the lives of extraordinary teenagers Pig and Runt, who celebrate their seventeenth birthdays together in Pork City, this play is sad and realistic look at the unreal world of these two teenagers.

Tragic, electric, exhilarating, violent, loud and humorous, this show can appeal to just about anybody.